Peak Performance’s members are really just of chefs who know how to cook & eat healthy. 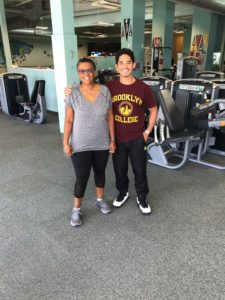 Thank you to Donna P. for sharing her recipe! 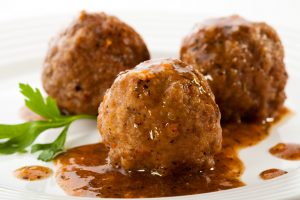 The texture you expect from a traditional meatball, but with added nutrition of veggies, your whole family will love these.

Original recipe can be found here!

Original recipe from Woman’s Day can be found here!

We love to highlight the success of our members! Here is the story of one client who has been working extra hard since joining Peak Performance Fitness several years ago. Read all about her accomplishments! 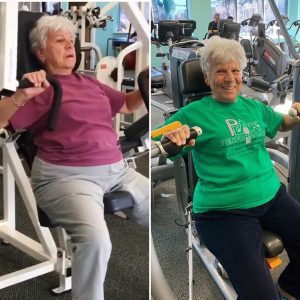 JoAnn has been a long time member of Peak Performance (check out the old strength training machines in that first picture) and has made some amazing accomplishments! She has been consistent with balancing her busy life and making time for her twice a week training sessions. 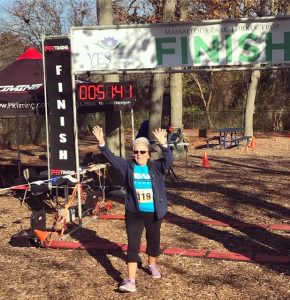 In the past year, she made changes to her nutrition habits and has lost an incredible 30 lbs! In addition to her committed training routine, JoAnn signed up to train with Team Peak last fall for the Massapequa Park Turkey Trot. She participated in eight solid weeks of training and crossed the finish line of her first 5k – smiling ear to ear!

The golden rule of weight loss is, “If you burn more calories than you take in, your weight will decrease”. It has been engrained in human lifestyles dating to thousands of years ago. Our ancestors led active hunting and gathering lifestyles in order to survive. They would gain weight when food was abundant; and during dry seasons or harsh winters, their caloric intake would severely decrease, to no choice of their own.  Now, progress this conversation to present day. You can hear the “gym bro” logic resonating off the walls of the locker rooms, “Look at the cavemen! They ate a TON! If you just workout a lot, you can eat whatever you want! It works for me!” Not quite the case, Chad. 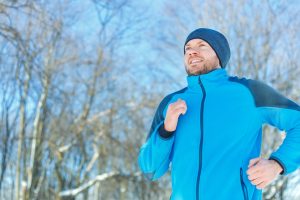 Let’s break it down… According to Chad, he eats whatever he wants and just works out to keep his body in tip top condition. How’s the math add up? To start: Let’s say Chad is a 21 year old male, weighing about 180 lbs and standing about 6 feet tall. His parents are of average height and weight for their age group. Chad’s young metabolism keeps him burning approximately 2200 calories a day, or 15,400 calories a week. He hits the gym with his bros for an hour a day, four to 5 days a week for some moderate intensity weight training, in hopes that developing his body will help him to finally score a date with the cutie in his algebra class. This is a healthy move for Chad, giving him an additional 260 calories burned each day, or an additional 1300 per week. Back to the golden rule: If Chad wants to keep his impressive physique, he will have to consume right around 16,700 calories per week! Seems like a lot, doesn’t it?

Not until we take a look at Chad’s diet. Since moving out of his parent’s house, he’s had to do a lot of cooking for himself. The term “cooking” is unheard of in Chad’s vocabulary so he eats whatever is available, often going to the same takeout places and pubs for his meals. During the week, he does okay. He makes somewhat healthy decisions, consuming about 2,400 calories per day, or about 12,000 for the work week. Not that much over what he is burning during that given time. Enter: Friday, Saturday and Sunday. Chad meets up with his bros for some casual beers after a big week at work, bringing his total to 12,900. He grabs a late night pizza afterwards, Bumping his consumed calories to 14,900. After a big breakfast consisting of 800 calories Saturday morning, he hears that the cutie from algebra is going to his local pub. After repeating something similar to Friday’s debacle, he is now at 17,800 calories for the week, or well over what he would need to maintain his current weight. After several months of this, he goes back to visit his parents, who can’t help but notice that Chad has put on some weight. He couldn’t out work his poor choices after all.

Put simply, a slip up every once in a while is okay for someone’s fitness journey. Its what makes us human and keeps us sane during an often difficult time. But regular overeating is difficult to overcome, based on the sheer time involved in negating it. A 300 calorie donut equals out to a 2.5 mile run. So, what’s easier to do? Not eat that break room donut every day, or stomp on the sneakers and head out for an additional 20-30 minute run every day? There is no right answer to the question, but it should resonate that exercising self-control in the kitchen will require less exercising in the gym.